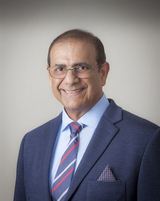 Mr. Zabair Kazi
The Belizean fishing industry dates back to the time of the Maya when snappers and anchovies were the most important food from the sea. The potential for a shrimp industry was first bought to the government’s attention in the 1960’s when shrimp aquaculture emerged in Latin America. Some trawling experiments were done seasonally in the lower half of the country’s seas. And the fishing cooperatives eventually took over this operation.

Belize had the ideal territory for shrimp farming but it took another decade and a half to introduce the idea of shrimp farming. The vision of the Right Honorable George Price was for diversifying the economy of Belize and aquaculture was seen as an industry with a lot of potential.

Aquaculture in Belize was started soon after Independence when finances of the country were scarce due to the cost of gaining independence. The aquaculture industry in Belize is largely based on the culture of Pacific White shrimp which were brought to Belize from Ecuador as early as 1982. The industry grew slowly and by 1988 there were four shrimp farms operating in Belize. Most of the shrimp farms in Belize were located in the Stann Creek District in the Melinda area and on the Coastal Road.

Shrimp production in Latin America reached its peak in 1997 and in November of that year, Mr. Zubair Kazi originally of Goa, India, acquired the failing 180-acre Paradise shrimp aquaculture farm near Mullins River on the Coastal Road. He had large investments in the US such as in Hawaii, The US Virgin Islands and Miami. The smaller Melinda Mariculture Products Limited was revived at mile 4 Melinda Road shortly after.

In 2000 Hurricane Keith caused some damages to the aquaculture industry in the area. Despite this setback by 2001, the Paradise Shrimp Farm had increased to seven hundred and fifty acres, with over one hundred and sixty employees. In addition to hatcheries they opened a processing plant to pack shrimp for export in January of that year and expected to harvest two million pounds of shrimp. At this time shrimp was Belize’s fastest growing industry and the new processing plant created many jobs in the Stann Creek Valley and surrounding areas.

Paradise Shrimp Farm was a large, eco-friendly shrimp hatchery, farm and packager that bred the Caribbean Tiger Shrimp, a naturally fast-growing species, and the Panamanian White Shrimp. In May 2001, the Taura virus was discovered at Nova Shrimp Farm in Ladyville and by June it had reached Paradise Shrimp Farm. The virus was spread by birds and other animals, water, mud, vehicles and people who traveled from farm to farm. It caused a high mortality in the shrimp ponds. Even with heavy loses of shrimp the farm was increased to 3,500 acres, including 1,100 acres of shrimp ponds. Between 2003 and 2008, the shrimp market contracted severely and a number of companies were forced out of the business. Higher shrimp prices in 2011, allowed the shrimp industry to rebound and expand.

Belize is a very strict country with regard to protecting the environment and the shrimp industry did not face serious environmental degradation problems like our Latin American neighbors, such as: destruction of mangroves, salination of local freshwater sources, acidification of soils, erosion, and introduction of exotic species, having the potential to become invasive and alter the coastal ecosystem. However, the shrimp industry is a delicate one and was racked by many diseases. Shrimp exports have seen many dips and peaks over the years. Shrimp trawling at sea was made illegal by the government of Belize in 2011. This subsector was becoming inactive due to over fishing, low shrimp prices and high costs of fuel.
​
In 2017 the Shrimp industry in Belize continues to survive despite its many cycles and continues to look for Taura resistant varieties of shrimp. The aquaculture industry in Belize have diversified into small back yard tilapia ponds and offshore culturing of a type of fish called Cobia. Shrimp, though, is where the money and jobs lie in the aquaculture industry. 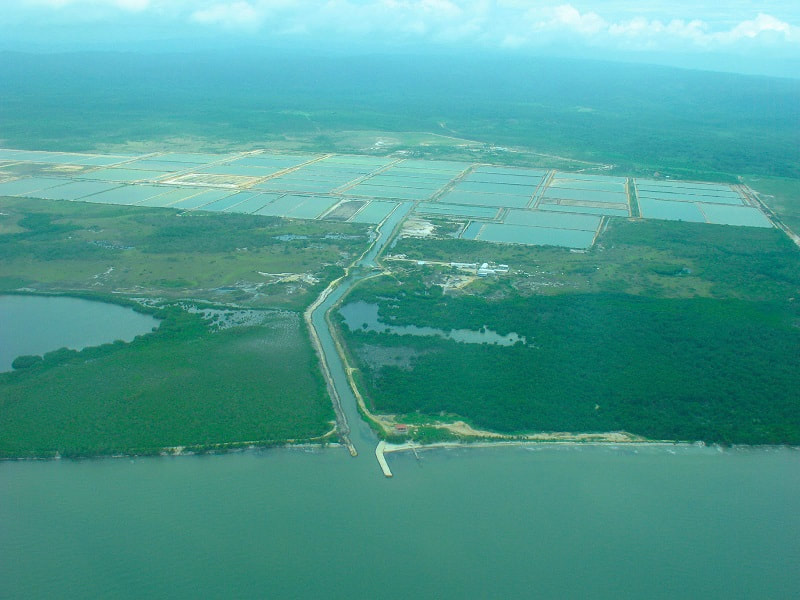