Did you know? Most of the Jamaicans who came to construct the Stann Creek Railway remained in the Valley. They were leased land by the United Fruit Company (Western Land Syndicate who had their head quarters at Mile 21) to plant bananas in the late 1920's and early 1930's. They assisted the Sharp's in planting citrus. 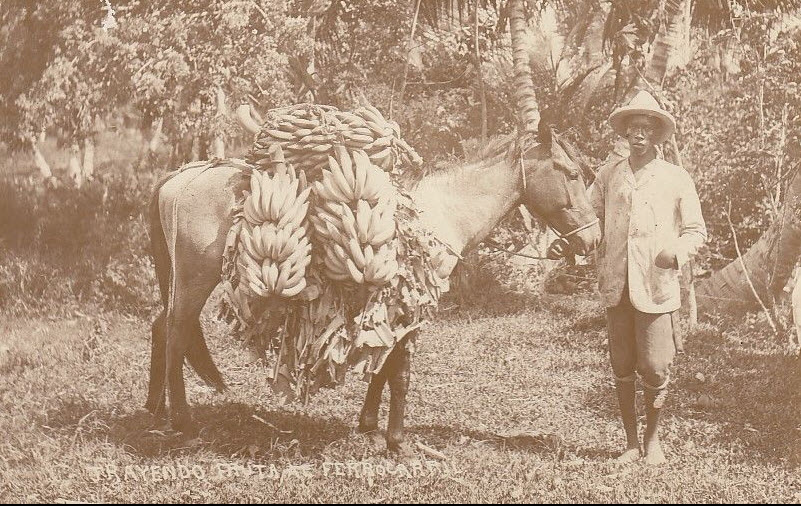 Taking banana's by horse to the railway 1930. Grapefruit was pulled by oxen and carts.
Did you know? Banana was the major reason for the four towns that existed in the South of Belize.
Mullins River became a town in the mid 1880's to 1943.
On August 8, 1891, Monkey River was declared a town and lost this status in 1981.
Shortly after on January 21,1895 Punta Gorda was declared a town.
Stann Creek Town became the final southern town on 15th February 1895, it was the second largest population center in the country for some time.

Did you know?
Banana comes from the West African Wolof word banaana, it was passed into English by the Spanish or Portuguese.​
part 2 - menu
Welcome to the first book dedicated to the story of the North Stann Creek Valley