The culture of the people of Pomona and the North Stann Creek Valley is one of industry and hard work. This is evident by the leading role they play in the agro-industry in Belize since the 1880’s. The abundance of fertile land has led many residents to become farmers or grow back yard gardens with subsistence crops. Pomona is only twelve miles away from the culture capital of Belize, Dangriga. However, culture in the Valley takes a different approach and ethnic preservation isn’t as pronounced. The area is more ethnically heterogeneous and inter-cultural marriage is quite common and accepted.

According to the last census in 2010, the Statistical Institute of Belize states that of all the districts, Stann Creek lays claim to being the most culturally diverse, as Mestizos (33.9 percent), Garifuna (27.5 percent), Creoles (22 percent), and Mayas (16.9 percent) are all well represented. 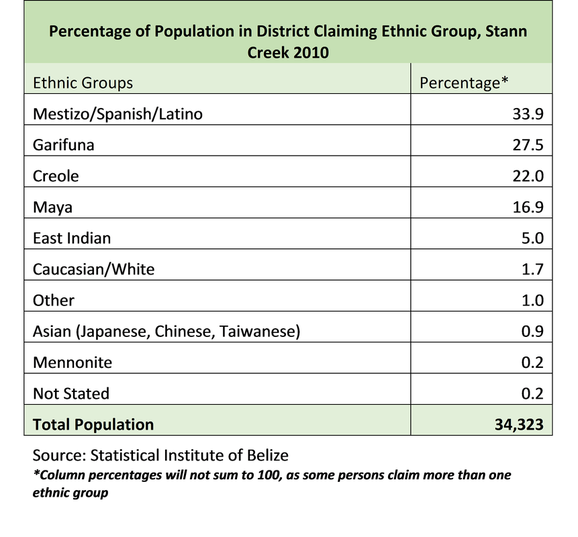 The ethnic breakdown of Belize is also reflected in the demographics of the people in the Stann Creek Valley. The Valley is made up of predominantly Mestizo with Creoles making up the second largest representation, there is a sprinkle of each ethnic group calling the area home.

The Valley was once predominantly Creoles and European descent land owners (many by way of Jamaica) but has had a steady influx of Mestizo’s from Central America looking for farm work and eventually staying, leading to Mestizo’s making up the largest ethnic group today. There is a sizeable population of East Indians in Sarawee and a small number of Mayas in the Old Mullins River Road. There is also a noticeable Caucasian population that have called the valley home for many generations.

Despite the areas close proximity to Dangriga there are still only a small number Garifuna calling the area home. An observation of the early history of the Stann Creek Valley probably attempted at a reason:

"They were slow in getting into banana just as they were with citrus. They were more interested in fishing, and letting the women grow ground food and plantains. Some were willing to do casual work; so long as they could get home at night. They only felt secure near the sea coast; maybe due to the fact that their fore-fathers has been harassed so much in the past at different places; and had to leave at a moment’s notice."

Although some of these observations might be correct, other factors must be considered. The paramount factor is that in the late 1800’s, it was difficult for any person who were not of European descent to own land in the Colony and they were treated as squatters on Crown land.

In 1857, the Crown Surveyor issued a notice to the Garifuna of Stann Creek stating that they must apply for a lease or they would lose their land and any buildings on them. Fifteen years later, the Crown Lands Ordinance of 1872 established "Carib Reserves" and "Maya Reserves". This prevented the Garifuna and Maya from owning land as their private property. This was around the time of the banana boom in the Stann Creek Valley but no expansion could be made by locals.
​
The Carib Reserve was 800 acres of land immediately behind Gra-Gra Lagoon National Park, starting at present day Dangriga and extending toward Sarawee. It was managed by the Carib Development Society starting in 1924. The lands were eventually divided into sub-sections and were eventually sold off. 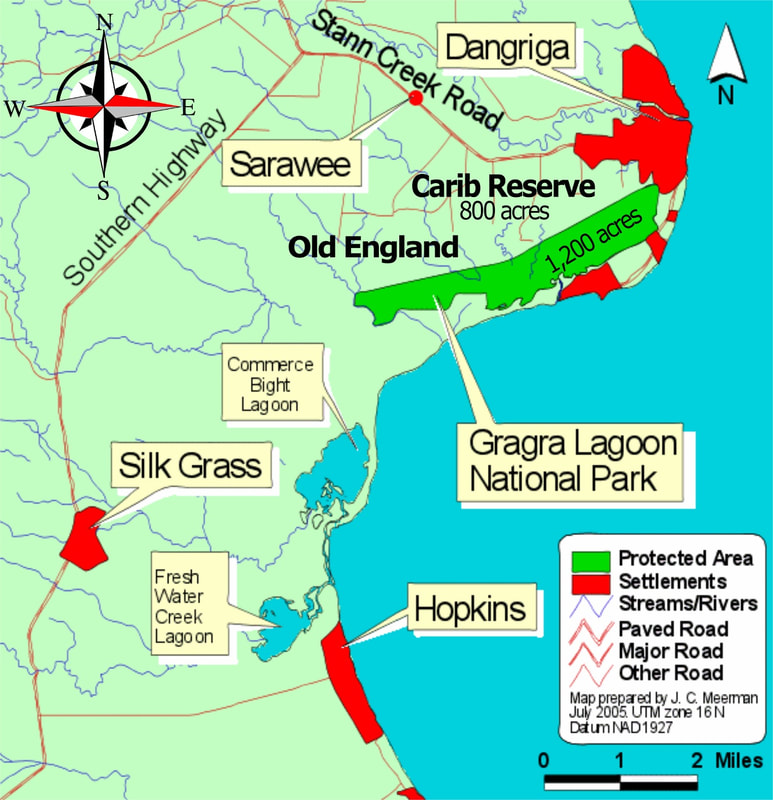 It is very common to see tractor trailers loaded with migrant workers and a few locals heading to work from as early as 6:30 am. During the peak season of employment there are three shifts at the factory; morning shift from 7 am to 3 pm, evening shift from 3 pm to 11 pm and grave yard shift from 11 pm to 7 am. Traveling along the Stann Creek Valley Road at sunrise is a buzz with activity as workers in their green CPBL t-shirts, workers of Marie Sharp factory and Paradise Shrimp farm await to be bused to work. The many high school and primary school students come out a little later to be bused to nearby schools in government sponsored blue bird school buses, most of which have been retired in the US.  Students in the Valley are bused to school up to junior college and this 30 minute to an hour morning and evening routine becomes a way of life. Studies abroad have shown that commuting to school allows students to better compartmentalize "home" from "school" leading to greater focus and higher cognitive scores.

Many residents have small "milpas" on which they grow subsistence crops and can often be seen transporting produce or firewood home. For many people fire wood is used with butane alternately to cook food and many houses still have an outdoor cooking area along with one indoor. The people of the Valley are very active although time does seem to move slow in this most fertile part of Belize.
Part 3 - menu
Welcome to the first book dedicated to the story of the North Stann Creek Valley