The magnificent Macaroni Hills as seen from Pomona New Site
Macaroni Hill is the most iconic mountain of the North Stann Creek Valley and stands 1,178 feet. The Macaroni Hill Range takes its name from this hill. There is a debate as to the origins of an Italian name in an English region. When looked at from a distance one can indeed see the curved outline forming a hat in which a feather can be placed or maybe an upside down macaroni. Some historians believe it was the Puritan traders who settled at the mouth of the North Stann Creek during the late 1600’s were responsible for giving the iconic hill its name.

The term “Macaroni” was used by the English in the 1700’s to describe young British men of means who as a rite of passage had to spend some time on the European continent doing the Grand Tour, to become cultured and sophisticated. They brought back outlandish high-fashion clothes and mannerisms, and a taste for exotic Italian dishes like macaroni. As a group they were noticeable enough to get their own nickname, “macaroni”. The Puritans had entered the valley years before the term became fashionable.

A more plausible theory is that in 1879 around 450 Italians arrived from Guatemala and were granted land near Gales Point Manatee. These Italians entered the Stann Creek Valley when searching for new lands to plant and probably named the landmark hills as a guide. Old documents show that before the name Pomona was used, this area was referred to as Macarrono Hill, a corruption of the Spanish spelling. The name began to show in documents from the 1880's shortly after the influx of Italians.

An a clear day, from the top of the Macaroni Hill Range, one can see all the way from Sittee River to the buildings in Belize City and even large ships at sea. Macaroni Hill can be seen from all vantage points in the valley and it is equally impressive when seen from near or far. It is no wonder that the entire area was called by this landmark in old documents and the valley could have easily been named "Macaroni Valley" today. 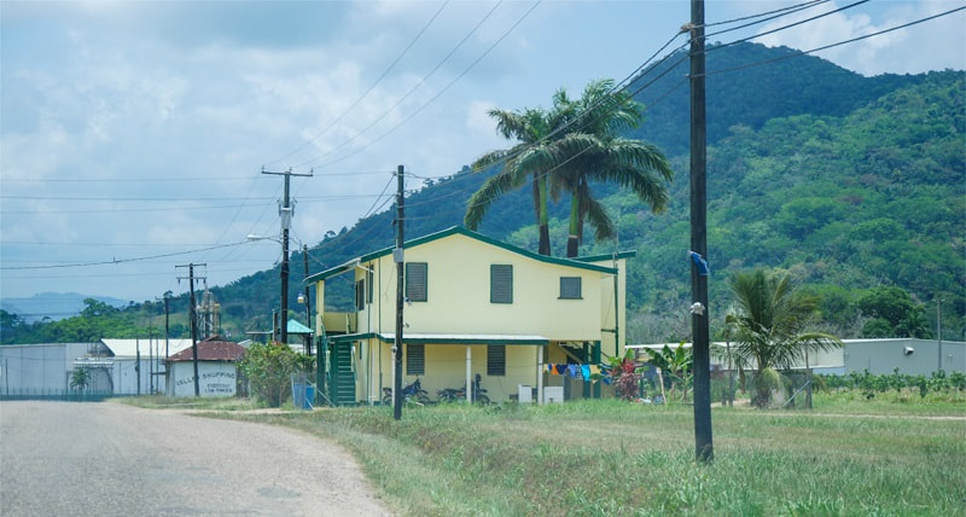 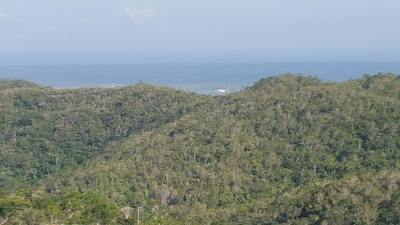 The Caribbean Sea as seen from Macaroni Hill 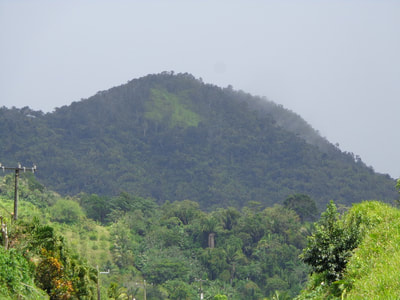 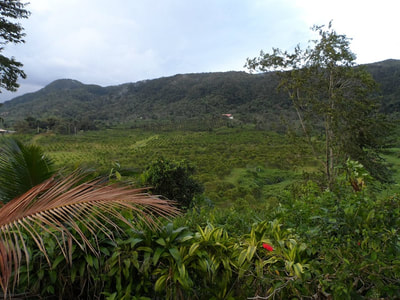 The Macaroni Hill Range as seen from Sharp Hill
The words of the song, “Yankee Doodle went to town, riding on a pony; stuck a feather in his cap, and called it macaroni”, was originally sung by British soldiers in mockery of the rough, unsophisticated, American colonials they had to fight alongside during the French and Indian War of 1754 to 1763.
attractions menu
Welcome to the first book dedicated to the story of the North Stann Creek Valley