The nation's first general elections were called for April 28, 1954 and were contested by the PUP, the NP and independent candidates. There were 9 political divisions (Belize West, Belize North, Belize Rural, Belize South, Orange Walk, Corozal, Cayo, Stann Creek and Toledo) Stann Creek was won by PUP-GWU Nathaniel Cacho.
​
The second general elections were held in 1961 and the number of seats was increased to eighteen, Stann Creek West was given a seat for the first time. Most of the Stann Creek Rural communities vote in the Stann Creek West Electoral Division. This constituency has only a single representative in the House of Representatives and covers an area from Hummingbird Community on the Hummingbird Highway to Independence Village on the Southern Highway. The distance between these two villages by road is over 60 miles. 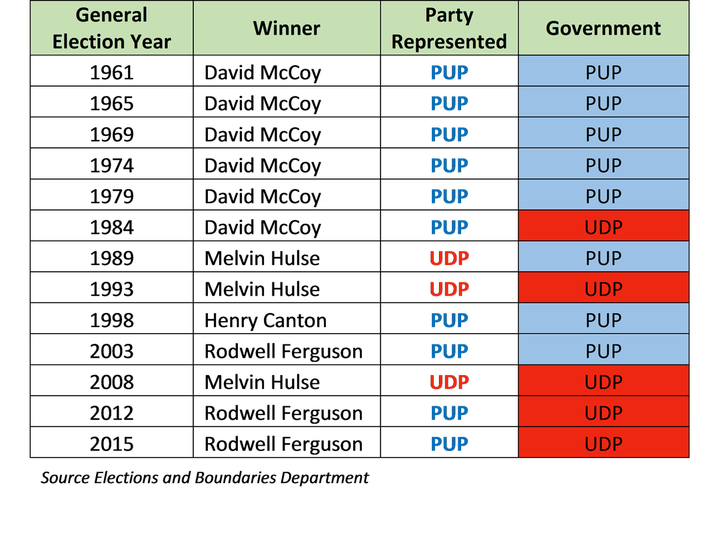 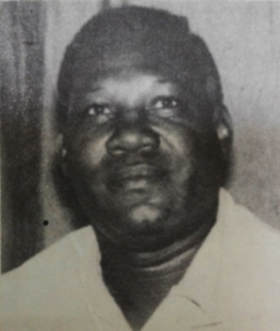 David McCoy Belize's first Labour Minister
The PUP formed the Government of Belize for the first 5 elections but after independence the UDP has won five on the last eight elections. Since 1961 Stann Creek West has sent only four (4) different persons to the house of representatives, 3 PUP’s and 1 UDP. It can be said that Stann Creek West is a PUP stronghold. Of the last 13 general elections in the Stann Creek West, the PUP has won 10 times compared to the UDP 3 victories.

Honorable David “Mac” McCoy was the first and longest serving area representative for Stann Creek West. He was a Garifuna union leader from Dangriga Town. From an early age, he stood strong on behalf of the workers of this country. He entered politics in the 1950’s where he led the General Workers Union and subsequently the Southern Christian Union in the Stann Creek District. In 1964 he became the first Labour Minister in Belize. As Minister of Labour and Social Services Hon. David McKoy spent 5 years negotiating to have the Social Security funds be established for the welfare of all workers. Today the Social Security funds have grown to many millions of dollars, a great safety valve to Belize. He served in several other capacities including Minister of Prisons. He was the area representative for almost 30 years until 1989.
​
Each politician has some distinctive trait that endears them to voters. With his boisterous and outspoken way, Melvin Hulse has popularized the expressions “Mada Fish” and “Flippin” throughout Belize. He served as Minister of Works from 1993-1998 and then as the Minister of Public Utilities, National Emergency Management, Transport, and Communications from 2008-2012. He is English by decent and grew up near Dos Caobas Farm in Valley Community. Dr. Henry Canton is the nephew of the Right Honorable George Price and served as Minister of Works from 1998-2002. In 2001 Transport & Communications, Citrus & Banana Industries was added to his portfolio. He resigned during his term as minister in in 2002 in order to take over the reins of the citrus industry. Rodwell Ferguson is a home grown talent of Pomona and is known to be soft spoken and deliberate. He served as Minister of State in the Ministry of Home Affairs from 2003-2004, Minister of State in the Ministry of Tourism from 2004 to 2005, Minister of State in the Ministry of Education 2005 to 2007 and Minister Defense, Youth and Sports from 2007 to 2008.
part 3 - menu
Welcome to the first book dedicated to the story of the North Stann Creek Valley