​The Stann Creek District is the second smallest district in Belize at 986 square miles but it is power packed with agro-industries and other income generating opportunities. The North Stann Creek Valley have since the mid-1800's provided an immeasurable contribution to the development of Belize with the exports of its produce and natural resources. The Valley continues to give.

The citrus industry is the oldest and most significant agro-industry in Belize. Belize is 8,867 square miles which approximates to 5.4 million acres. The total area dedicated to production of citrus is estimated to be 48,000 acres. This is almost 1% of the country's land mass. The principal crops are Valencia orange (80%) and grapefruit (20%), with small amounts of early oranges, limes, tangerines and lemons grown. These are planted out in the Toledo, Stann Creek, Cayo, Belize districts and one farm in the Orange Walk district. It is also the country’s second largest earner of foreign exchange.  To commemorate this great industry, a coin was minted and put into circulation in 1985.

Citrus makes a significant contribution to the gross domestic product (GDP) or the value of goods and services of the nation. It earned more than BZ$ 98.5 million for the country in the 2015/2016 crop year. Although Belize's production is tiny compared to the citrus giants (Brazil and US), Belize' production per capita is BZ$ 260 per head, the highest of any country and hence a high national dependency on the crop.
​
There were approximately 1,000 registered citrus growers in the year 2000, the industry supported the livelihoods of these farm families and approximately 10,000 citrus industry workers. By 2010 the number of registered growers had reduced to 492. The decline was attributed to various reasons, among them the fall in prices, unbearable debts, the sale of farms and young person’s not wanting to continue caring for family farms. The largest 65 growers (above 100 acres) are responsible for 75% of the production.

Table 4 below shows the value of selected citrus products exported from the Stann Creek Valley factories over the last 10 years. 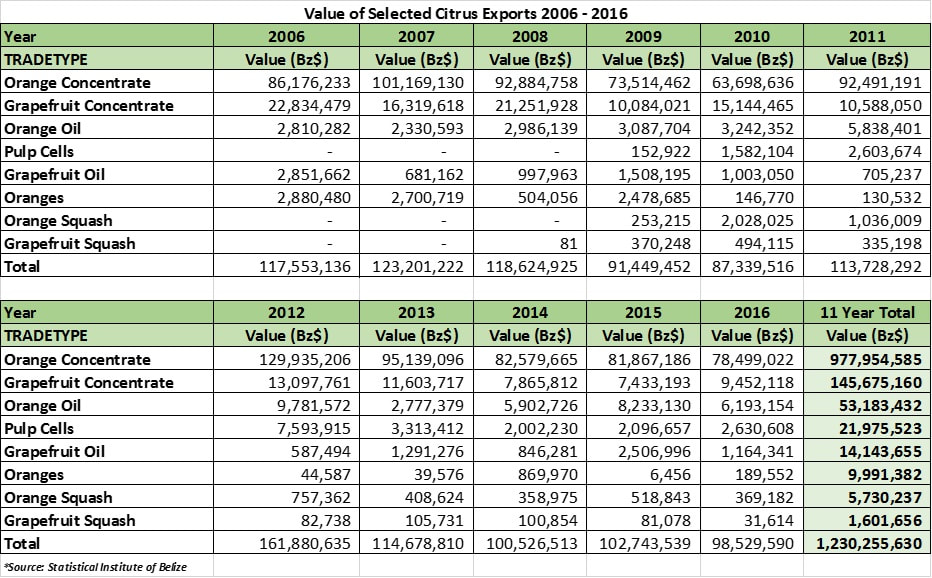 Over the last decade the Stann Creek Valley has contributed over 1.23 billion dollars in citrus exports to the economy of Belize. This is not including the company’s local juice and citrus sales, animal feed (citrus pellets), pepper sauce and jam exports, shrimp exports, mining material and trade in services such as tourism or agricultural services. If all these other products are combined, it is safe to say that this 20 mile strip of land has contributed over 2 billion dollars to the Belizean economy over the last decade. This would average to over 200 million annually.

By comparison San Pedro Ambergris Caye and its booming tourism industry is the only other 20 miles strip of land that comes close to matching this size of contribution to the country’s economy. However, tourism has a much bigger environmental impact and is a huge factor in our country’s food bill as it requires mostly imported food. Simply put, to produce a dollar in the agricultural industry cost much less than to produce a dollar in the tourism industry. 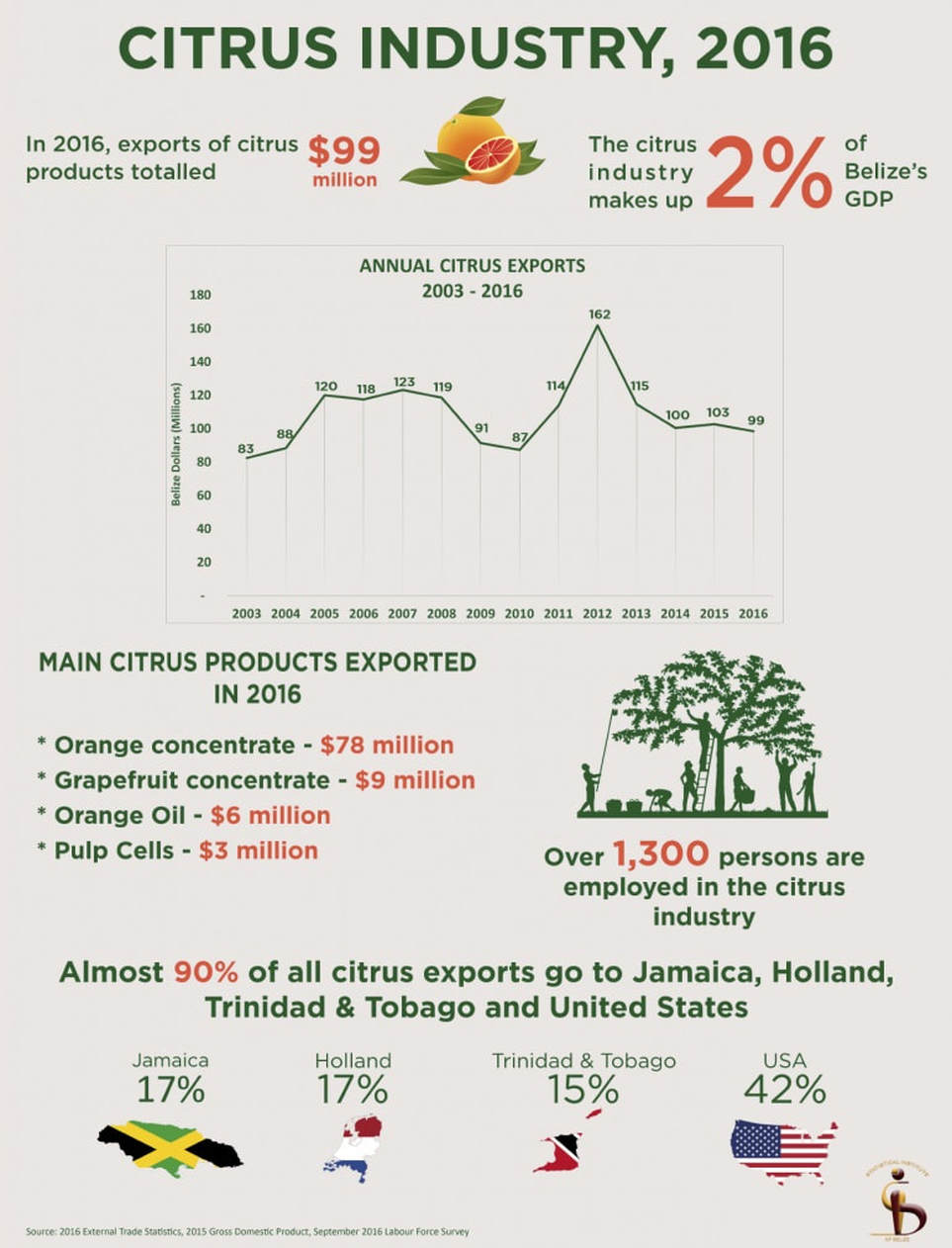 Citrus Infographic 2016, Statistical Institute of Belize
part 2 - menu
Welcome to the first book dedicated to the story of the North Stann Creek Valley